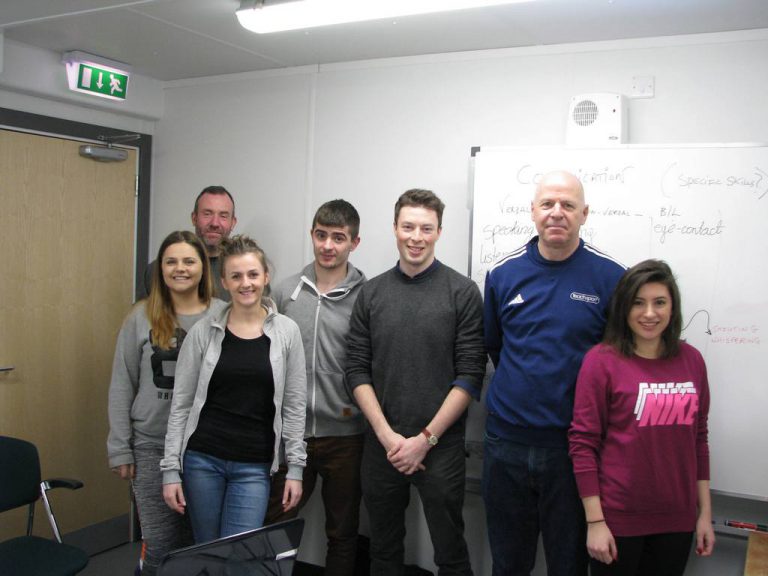 On 7-11 March in London a training for polish NEETs was carried out. The organiser of this training within ET-NEETS – Effective Training for NEETs project was TeachSport.

Participants of this training were 4 young people, who complied with all the project’s requirements, namely: were 24 years of age, Not in Employment, Education or Training, in short called NEETs. The participant were from small towns and villages of Małopolskie and Podkarpackie Province. Before the training, they were given all the necessary information concerning the place of training, travel and training plan (agenda). The training was conducted by a highly qualified coach Tony Davis from TeachSport organisation. On the first day, the participants gave a presentation, which they had prepared before the training. Its aim was to present themselves and to begin the first session of so called ice breaking. The presentation concerned the group’s expectations regarding the training and their trip to London. The same day, NEETs were trained on the rules, body language and different methods of personal communication.

„Interpersonal skills and self-confidence is how I have benefited from the training, I think that kind of training should be carried out on regular basis.”– first day’s summary by Norbert.

On the second day of the training, the group learned how to be assertive and self-confident. Theoretical classes were enriched with practical training (exercise) of taekwondo, which gave them a chance to get acquainted with the principles of self-defense and behavior in life-threatening situations. The same day there was also a trip to Greenwich.

„Self-defense and self-confidence have much in common and I hope to keep that in mind”. – Ania, one of the participants.

On the third day, the training concerned the meaning of individual and interpersonal skills in doing business, and ways of using social media in everyday life. On the same day, the group went on a trip to the center of London to visit most popular sites like: Buckingham Palace, Westminster Abbey, Palace of Westminster, Big Ben, London Eye, St. James’s Park, London Bridge and Trafalgar Square.

„The training was great, all the contents and extra activities well chosen, I have always dreamt of visiting London and this dream came true. I’ve met fantastic people and heard English accent for the first time. I was amazed on how big London is, as I didn’t expect that. That was a wonderful time, and I would like to thank all persons responsible for that project” – said Alina.

The following day, a group work was carried out, during which a problem of communicative and problem solving skills, was discussed. The participants’ task was to create a sports game and using verbal and non-verbal information channels, explain to the other team, the rules of this game. In addition, the bongo classes were held.

Kasia: „I didn’t know that playing bongo is an excellent example on how to listen to and cooperate with others ”.

At the end of the fifth day, the training was summarised and the NEETs were given certificates of participation.