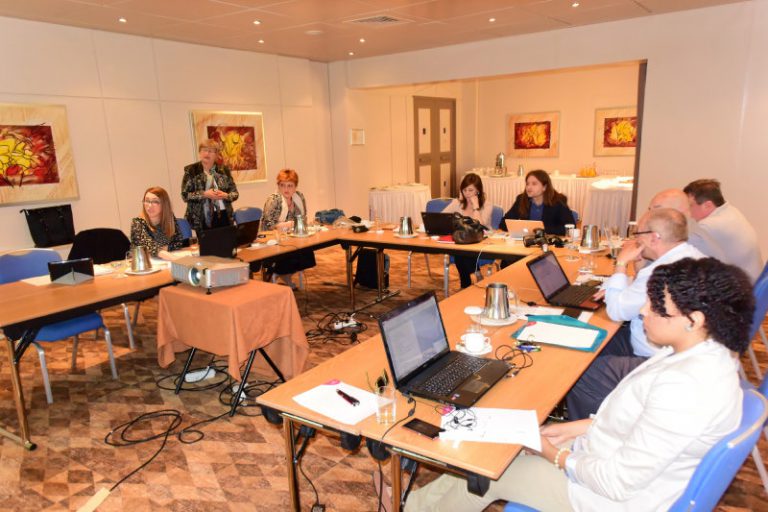 The third transnational project meeting took place in Athens, Greece, on the 16th and 17th of April 2015. The meeting started with a presentation of the new company in the partnership, TTC which replaced Oake. After a formal presentation, the partners moved to discussion outcomes of Workpackage 3. There were some doubts regarding the level of extraction in relation to the learning outcomes, especially in the second level of qualifications. SeaTeach was called via Skype (they were unable to attend) and the discussion continued.

Partners moved to WP4 (work package 4), where the participants agreed that we have a lot of data, but the presentation was not good enough, especially for users less experienced in IT. A number of natural language questions should be added to the interface and reviewed from the usability point of view. The next topic on the agenda was WP5 testing phase. Evaluation forms and questions were discussed, they needed some changes. Dates and testing groups were agreed upon.
That concluded the meeting for the day one.

Second day started with management issues, like budget questions and requests for changes.

The next topic on the agenda was WP7, where the dissemination efforts were presented. Social media channels seem to be underused, partners agreed to be more active in this area. The third newsletter was also discussed, as well as the multiplication seminars which will take place in the coming months. The final conference in Valencia was also tackled, including the required equipment and the general setup. The final date was set to be on the 24-26 November 2015.

Particular tasks will be assigned via AdminProject management system.