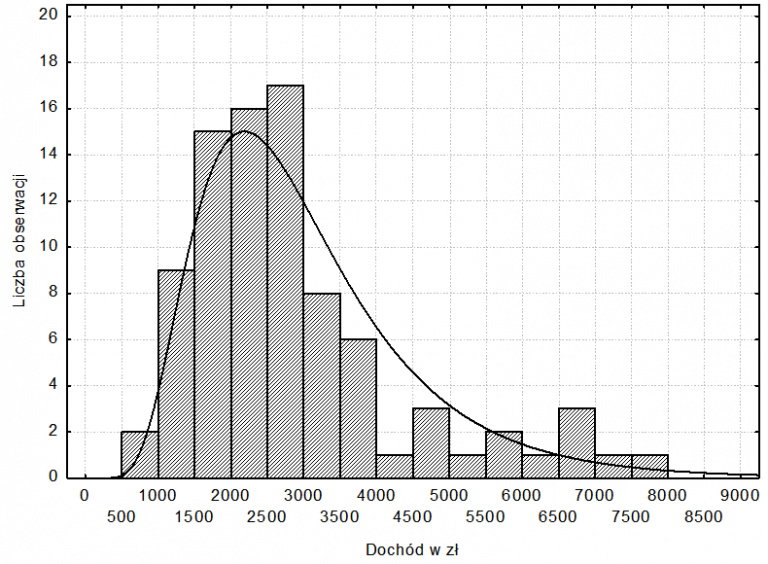 During a survey, which was designed to provide a deeper analysis of issues addressed by the BADGE project (Business Advice and Guidance training for women Entrepreneurs. Project funded by the European Commission, as a part of Leonardo da Vinci – Transfer of Innovation programme), 150 respondents were asked about their income. The group included both women entrepreneurs (53 respondents) and women who do not plan starting their business (91 respondents). The average income of the women who do not plan becoming entrepreneurs was more than 2600zł lower than the average income of women entrepreneurs (Table 1).

Table 1. Descriptive statistics for the distribution of income in both groups of women

Chart 1. The distribution of income among women not planning to set up a business 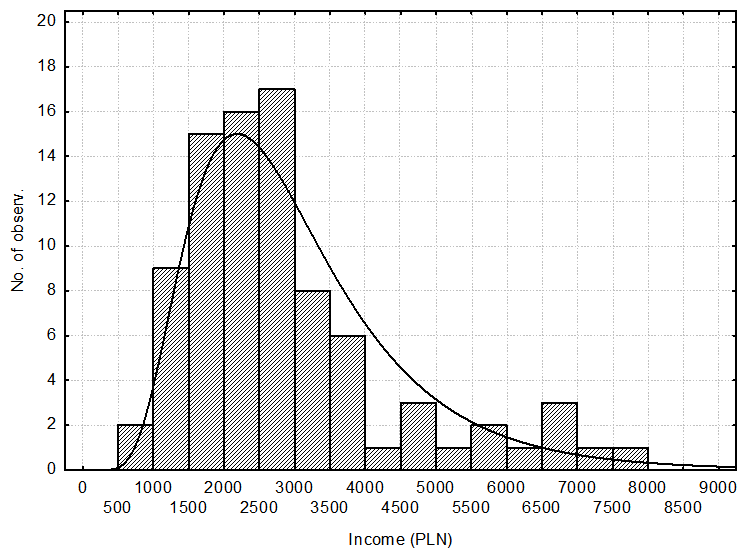 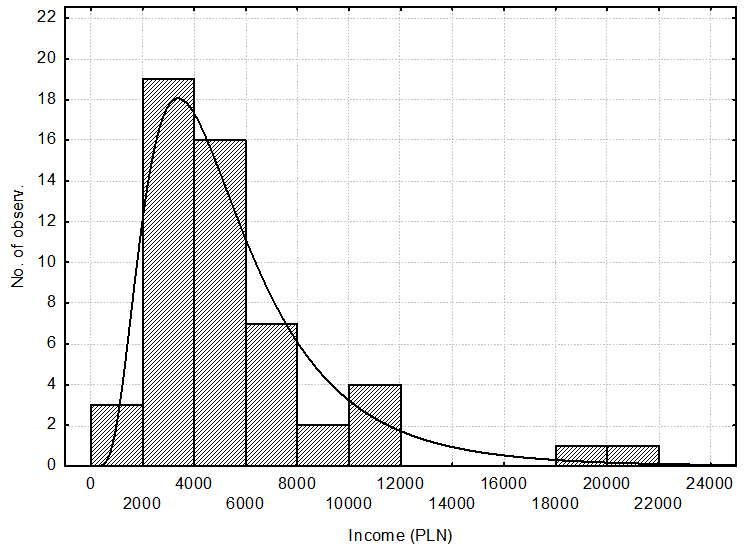 A distribution of income simulation for both studied groups was performed using a two-parameter log-normal distribution, which is most often used in the case of income distribution analysis (Kot, 1999, p. 41), and its function of density is expressed by the formula:

In the case of income distribution of women non-entrepreneurs the highest percentage of observed income landed between 2500 and 3000zł (19.7% observations). The income reaching this value accounted for 68,6% of total observations (median was established at around 2600zł).

In the case of income distribution of women entrepreneurs the highest percentage of observed income landed between 2000 and 4000zł (35.8% observations). This income range accounted for 41,5% of total observations (median was established at 4700zł).

The analysis of the distribution in both groups shows that women entrepreneurs are more likely to generate high income than women who do not plan starting up a business.