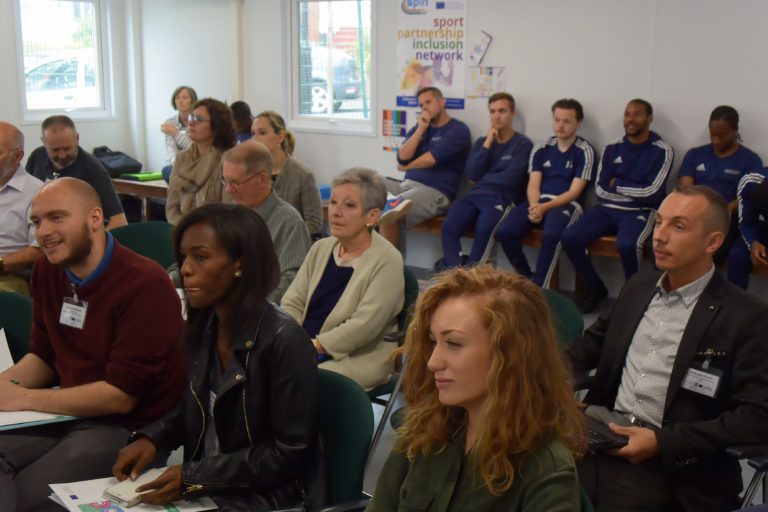 On 28th June 2016 at the headquarters of the coordinator of the project TeachSport in London the last partnership meeting in the project ET-NEET’s was held. The meeting was attended by partners from Spain, Poland and United Kingdom. It was dedicated to the project’s summary and the final report.

The process of final report preparation was very widely discussed. Partners were also presented the tasks, which have to be taken before the end of the project and submission of the report. Particular attention was paid to the dissemination of the project’s results and to the module of Dissemination in Admin Project System as a tool used to manage the project. During the last meeting the Agenda of the final conference was presented and discussed.
The conference was held on 29 June 2016. Also in the headquarters of the coordinator of the project.

The Webplatform was presented, which aim is to find non-formal, informal and formal training courses by the generation of NEETs. Jonathan Wilson also presented training materials for teachers and noted that project has ended with great success. The evidence of this is motivation video recorded during training for Polish NEETs, that was carried out in London and the UK NEETs, who had training in Mallorca. Thomas Clements, trainee from Mallorca, shared his observations and conclusions from the training.
The conference ended with a great organizational success. Ross Walker, presented the vision for the further development of the project, invited the audience to use the Webplatform.